Welcome to Black Iron Prison, a maximum-security penitentiary located on the desolate surface of Jupiter’s moon, Callisto. Let’s dive into how The Callisto Protocol’s atmospheric environments, compelling characters and monstrous creatures make the fight to survive the horrors of Jupiter’s dead moon a terrifyingly immersive experience.

A Futuristic that feels familiar

One of the most important aspects of any survival horror game is the setting – the place or places players either survive or die. The Callisto Protocol is full of fear-inducing locales, like Below, a series of long abandoned tunnels ‘below’ the prison that once serviced Arcas, the Callisto’s first human colony. For Aasim Zubair, director of environment art, the core concept started with a straightforward design philosophy: “make it dark, wet, and creepy.”

Below is an incredible showcase of our lighting and gave our environment  team a fun challenge to design a unique location that was still thematically similar to the Prison above, and offered environmental clues to its creation and the original Callisto colony.

And it certainly is. However, Below’s environment stands out in the sci-fi survival horror game thanks to its grounded inspiration.

“[Below is unique] because the majority of it is based off real-world materials and shapes,” says Zubair. “Instead of the rugged sci-fi design cues that dominate many of the game’s other environments, Below allows the player to feel grounded in something familiar and relatable while also letting them look into the past of humanity’s first attempt to colonize the dead moon.”

In addition to grounding players in a recognizable environment, Zubair’s favorite part of the environment is the mood and storytelling. “Below provides a great opportunity for exploration, hidden areas, creepiness and a chance to use the space for compelling environmental storytelling,” he says.

If you dare to explore the dark recesses of Below there’s plenty of secrets to discover and maybe even a glimpse of the original colony’s dark past.

A terrifying human story in a pioneering future

Like Below’s environmental storytelling, Lead Writer R. Eric Lieb crafted a compelling story and complex characters to heighten players’ sense of dread and fear in The Callisto Protocol. “Complex characters are important because their actions and choices they make are what ultimately drive the plot,” says Lieb. “However, the horror genre serves as a unique crucible for characters where their actions and choices are often literally a matter of life and death.”

The connection between the game’s protagonist, Jacob Lee, and his jailer, Captain Leon Ferris, is another compelling narrative hook. “In developing Leon we often described him as the ‘dark mirror’ of Jacob,” says Lieb. “Thematically both begin in a similar place, either oblivious about (or willingly blind to) the consequences of their actions.”

“Their meeting shatters both of their comfortable worlds,” says Lieb. “How each reacts to what is happening within Black Iron – as well as who, exactly, is to blame – forms the core of their relationship [as well as] the player’s understanding of the world that is presented to them throughout the game.”

Sam Witwer’s voicework and acting brings the compelling character of Captain Farris to life. One of the things that made him stand out during auditions was his approach to the character. From the start, he imbued Leon with a subtle menace, like a coiled snake that may or may not strike, that just keeps you on edge. Sam is an actor who wants to understand everything about the character and their role in the story, so once we cast him as Leon it was very much a collaboration as we continued to develop the character.

During read-throughs, for example, Witwer was always asking insightful questions or offering suggestions that resonated with either the logical or emotional motivations of that scene. And he was always spot-on. No spoilers, but there’s one specific scene where Sam offered a suggestion during shooting that Striking Distance Studios folded into the flow. Sam Witwer has incredible instincts and a fantastic understanding of what makes a story work. 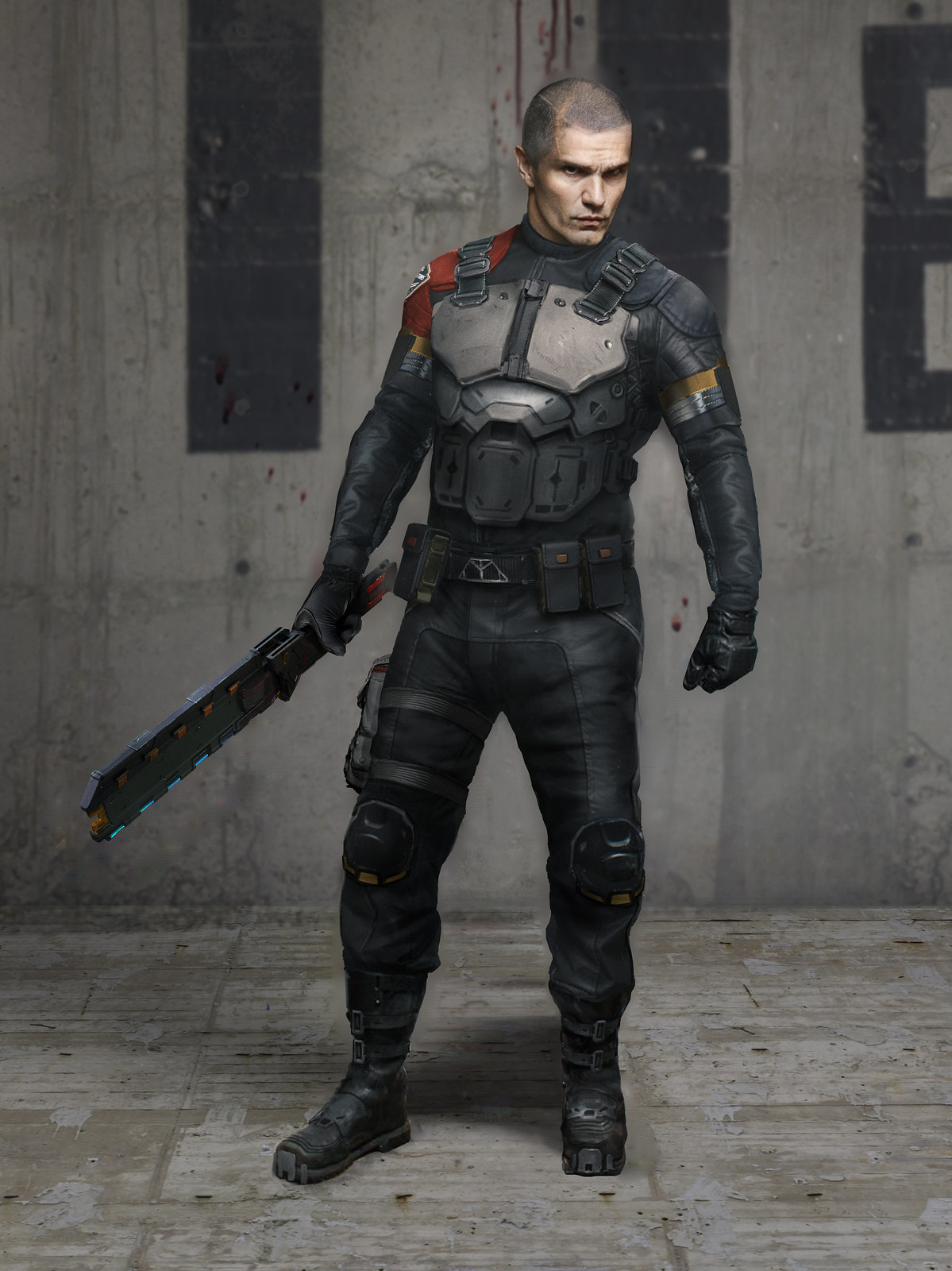 Biophages and the descent into monstrosity

Character Director Glauco Longhi and the creature designers at Striking Distance Studios also recognize the importance of heightening fear by creating creatures that are relatable and grounded.

“We started with the idea of infected humans so that part of the fear is what happened to them could also happen to you,” says Longhi. But it’s not simply that biophages have humanoid shapes, they have postures based on distinctly human emotions resembling pain, fear, and fury. 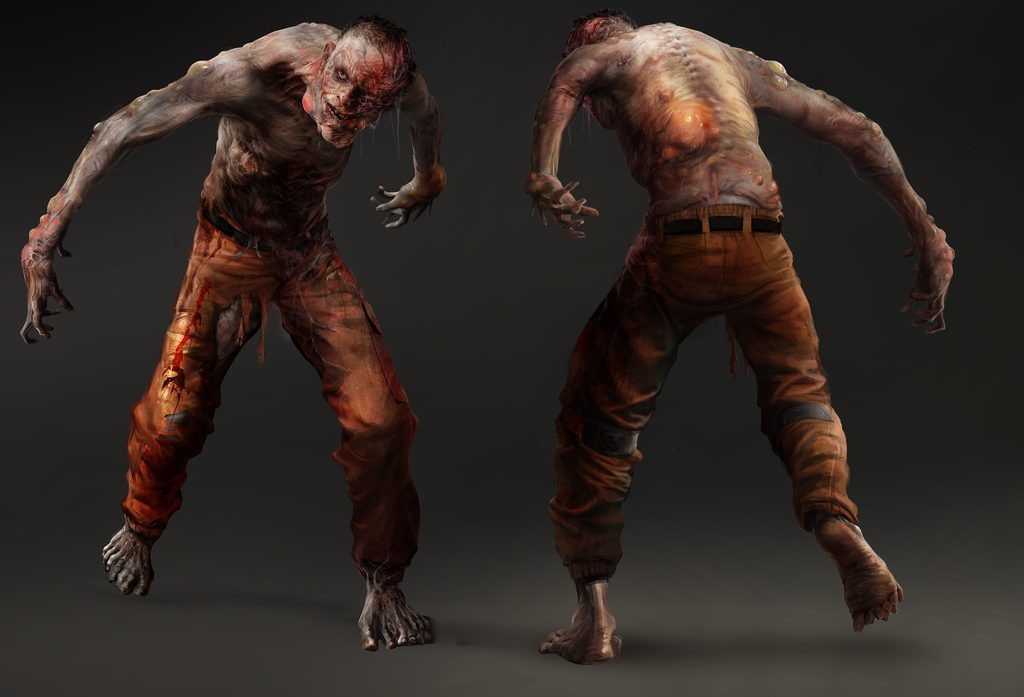 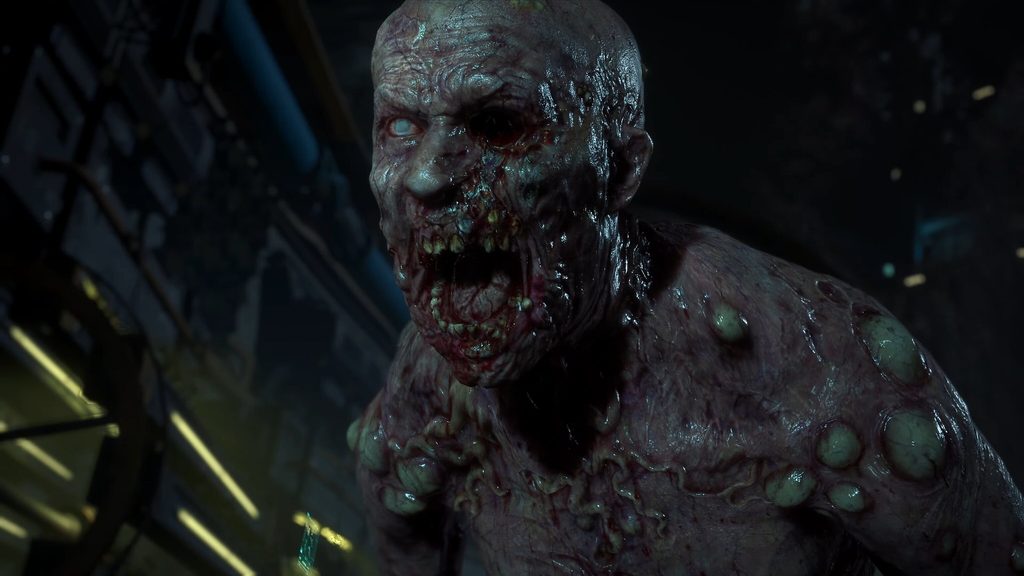 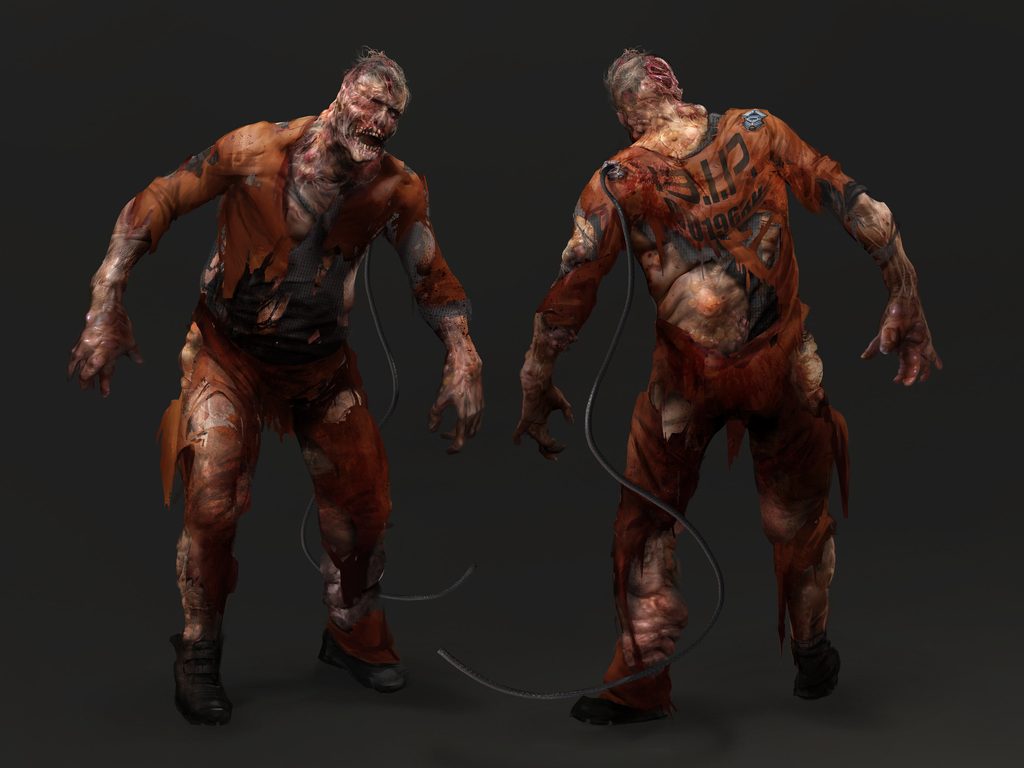 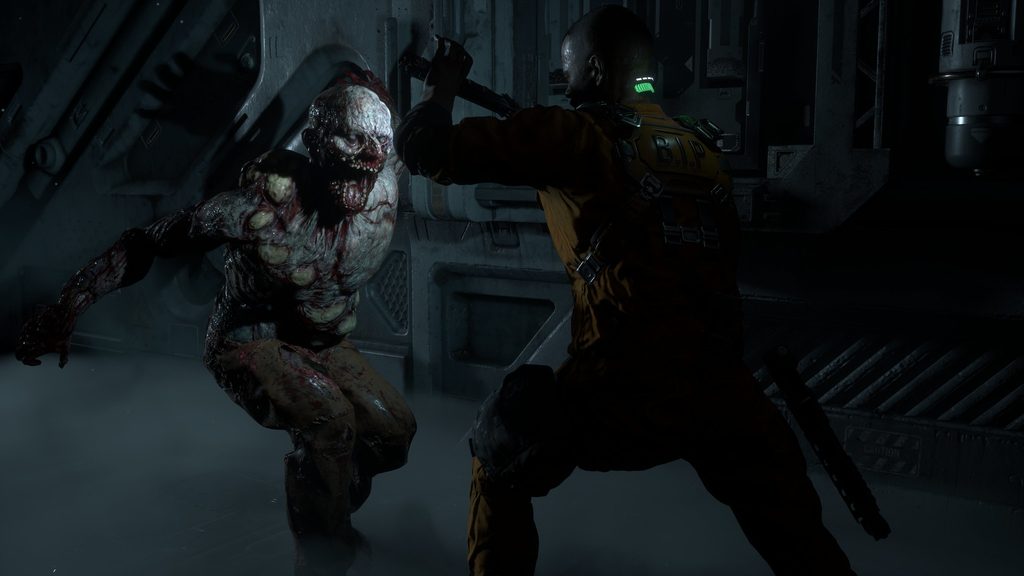 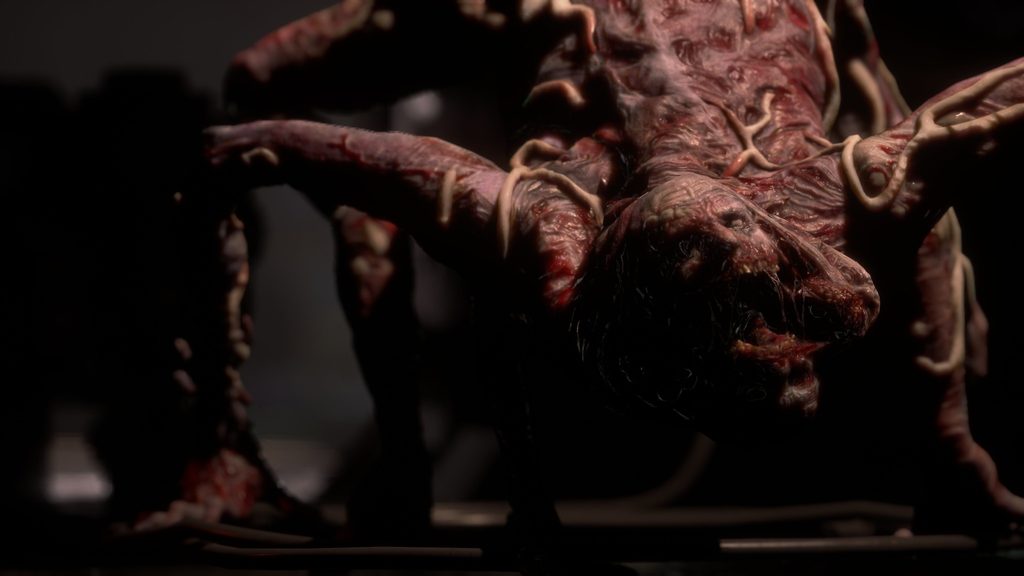 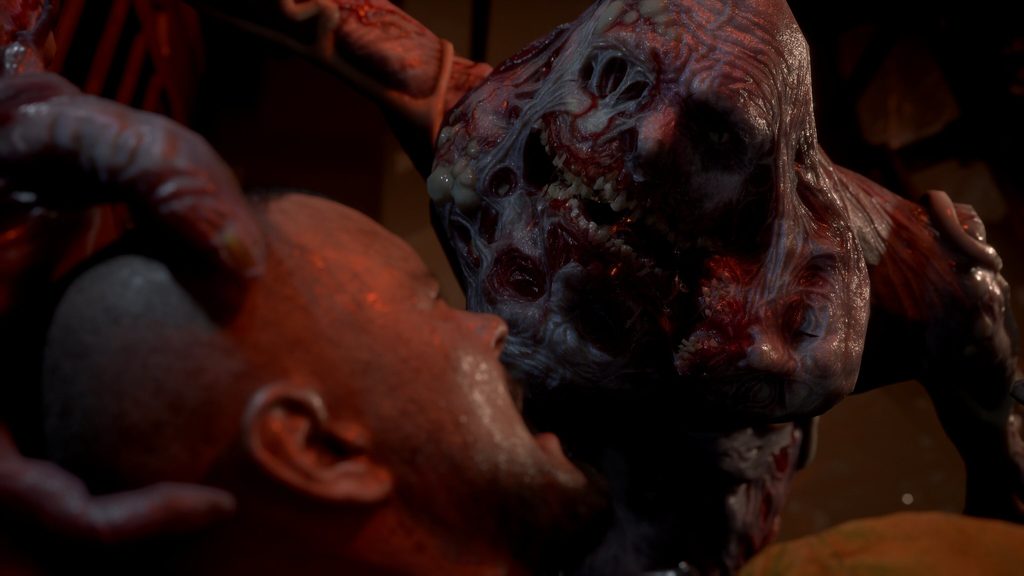 The Callisto Protocol contains plenty of enemies to intimidate and terrify players, but Grunts are the most human-looking. “[Grunts] bridge the gap between humans and more monstrous creatures, [their] silhouettes, proportions and anatomy is somewhat close to humans,” says Longhi.

The Rusher is another warped enemy that walks on walls, sprints, and leaps at players. “[Rushers] have this contortionist, crooked sort of motion with twisted joints and limbs,” says Longhi. 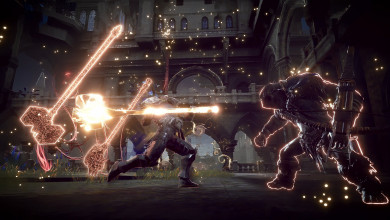 8 tips to survive The Walking Dead Onslaught, out tomorrow for PS VR 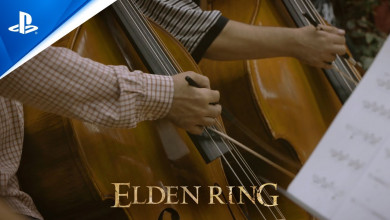 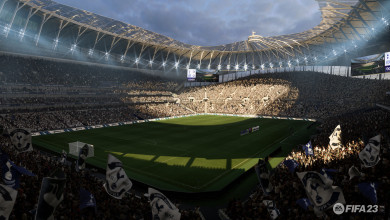