After the excellent Two Point Hospital released on Switch moments before the world was rocked by a global pandemic, Two Point Studios are at it yet again with Two Point Campus. If the name hadn’t made it clear already, rather than running a hospital for money, Two Point Campus has you running a university campus… for money. Capitalism and management sims go hand-in-hand, what can you do? But does this freshman venture pass with flying colours, or is it little more than a dropout?

The premise begins very simply: you have a university campus where you can build classrooms, lecture halls, dormitories, student lounges, everything prospective uni-goers might want (and need) to graduate. But the trick is less about rinsing your younglings for all the cash that they carry and kicking them out the door as quickly as possible; instead, your reputation as a university is king, and struggling, unhappy, or failing students will result in fewer applications the following academic year. This leads to lower revenue, fewer resources to make things better for future students, and the inevitable debt that comes from frantically taking loans from Smell My Cash. 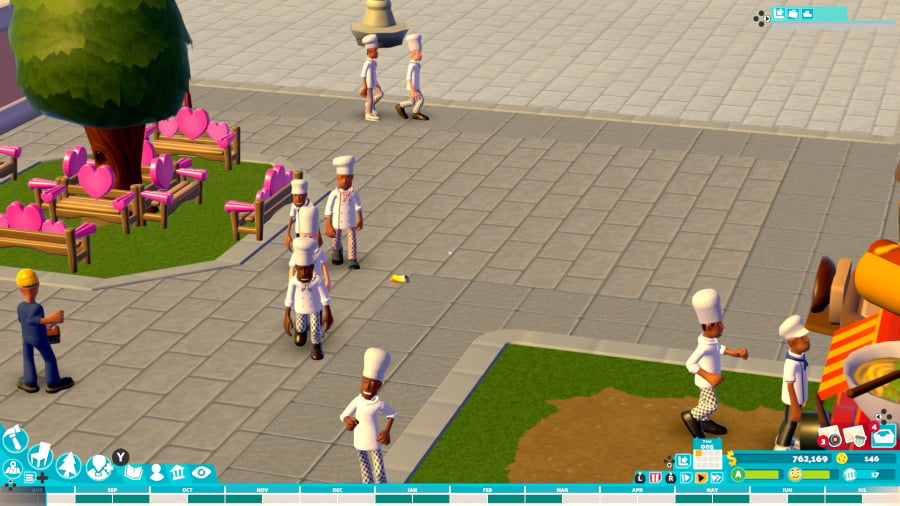 Many management sims rely on (or at least encourage) reactionary and exploitative tactics, but with Campus that’s the polar opposite of what you want to be doing. You can cram your students into overcrowded dorms, give them the smallest possible robot-building room that the game will allow, and a student lounge where the best bet for entertainment is to stake out a good spot at the staring window, but you’ll not do well from it. Short term you’ll have more money, absolutely, but unhappy students may drop out, and as stated above, a poor reputation will absolutely kill your university.

There’s no other way to describe this gameplay loop than… strangely wholesome, and we’re completely smitten with it. Another huge part of making students happy is giving them the means to create and maintain relationships. Sharing dorms, having a chat over an age-appropriate milkshake in the student union, or competing in a friendly game of darts — it’s all important to any student’s well-being. Who knows? A few friendships may even become romantic, leading to them sneaking away and jumping up and down on a special bed. That’s not a joke, by the way, there is literally a special bed that lovers will jump on. Fully clothed.

Money is important to expand and build what students need to complete assignments and classes, but there’s not a huge incentive to amass as much cash as you can, because happy, developing students will bring in more than enough to keep things afloat. There is a flip-side, however, and that’s that whenever you do need to expand, you’d best be sitting down when the bill comes in.

Many of the rooms you have to build in the game are huge. You’ll have a job to find space just to fit them into a campus building at their minimum size, but sticking to that minimum is also shooting yourself in the foot. Students will often require additional machinery or other objects to complete assignments; oftentimes they’re pretty chuffing large, and they need to be placed in one of their appropriate classrooms. Making a room a little larger than it needs to be certainly stings at first, but when you can simply plonk a piece of artillery down without a thought, you’ll be pleased you had that particular foresight. 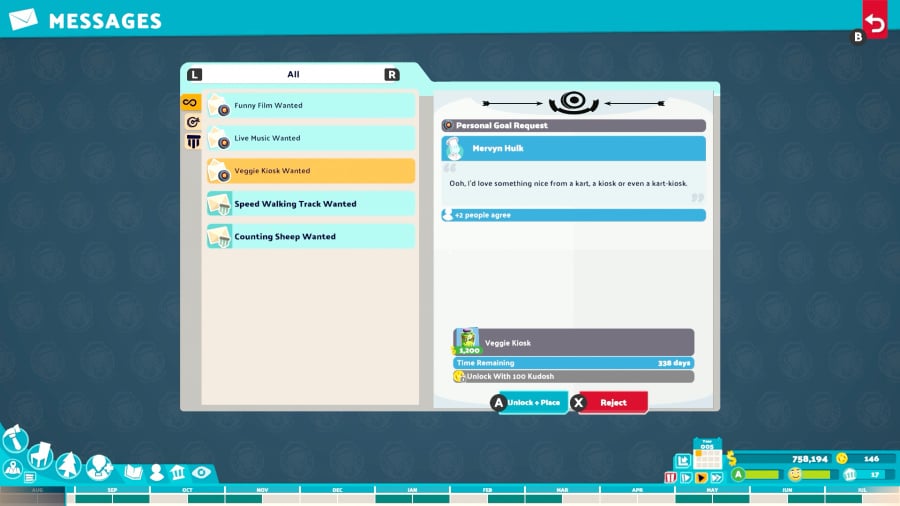 Even if you do run out of space there’s another little wrinkle that can help you out of a tight spot. If your campus building is too small but you have bags of outdoor space, you can simply expand it further, or build an entirely new building if you’ve got the land to do so. Don’t be too eager to turn an entire plot into a concrete jungle though, as many courses require arenas and similar to be exposed to the elements; you just can’t fit a Cheeseball pitch indoors, everyone knows that.

You can also utilise the great outdoors for supplementary income streams, such as coffee kiosks, ramen stands, and also (although completely profitless) student clubs. These give bonuses to any student who joins, such as the ability to regain energy by taking a power nap whilst standing and waiting for their next class, walking faster, or even taking the initiative to clean up the university of litter themselves (in the nuddy). Whilst a lot of this may seem optional at first, it really isn’t. Students will actively request certain things, and if they don’t get them, their grades can slip, your reputation may take a hit, and the cosmic ballet goes on.

If this sounds all a little bit too easy for a management sim nut, well, at first it probably is. It’s quite forgiving and, provided you do everything you’re supposed to do, you likely won’t hit any major roadblocks for the first few universities you create. Things do gradually increase in difficulty, but it never drops you in too deep or expects you to grasp mechanics that the game hasn’t explained. Challenge isn’t absent, but it’s not abundant either. You’ll definitely be sweating a bit more with some later examples (and if the DLC in Hospital is anything to go by, the inevitable extra content in Campus will have us weeping), but this is overall a more easy-going time. 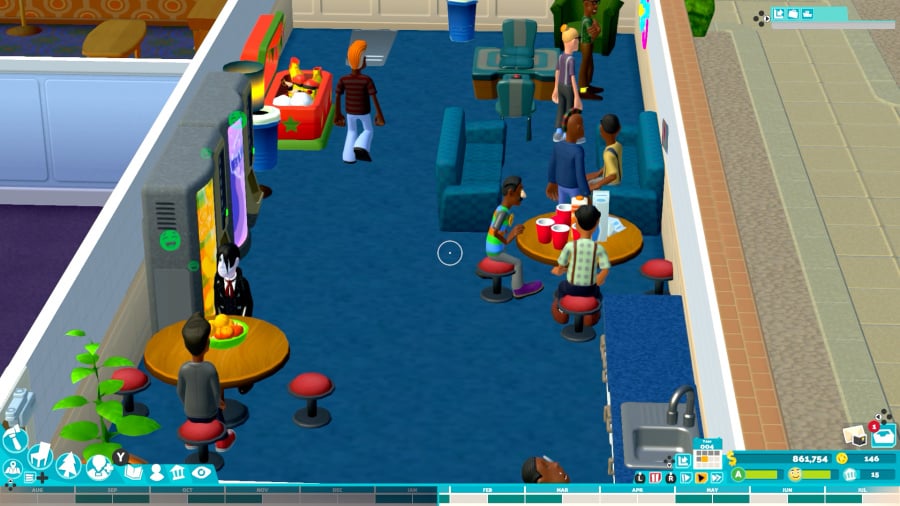 The main challenge comes from perfecting and truly excelling rather than simply reaching one, two, or three stars. If that still isn’t enough to sate your masochistic tendencies, Sandbox mode’s ‘Challenge’ option will leave you crying yourself to sleep. Still not enough? The ‘Custom’ option will let you adjust every detail of your mad idea of fun. Want to earn only a tenth of what you’d normally earn and start with barely enough to build a lecture hall? Have at it.

Whereas Hospital was all about micromanagement, Campus boldly leans away from the ‘micro’ part. Staff are substantially more competent, students will get on with their assignments if the resources are there, and janitors will actually water the damned plants. It feels less like you’re corralling a colony of children and more like you’re actually able to delegate to intelligent individuals who can handle themselves.

And of course, the humour and unique presentation that permeated Hospital is back by the barrel load, and it’s better than ever. The bold, vibrant visuals, the charismatic DJs chattering away on Two Point Radio, the endless subtle references to other popular media that you’ll only spot if you really know the source material, or the toe-tappingly tremendous soundtrack that makes you feel like you’re in the best lift in the world, it’s all excellent. 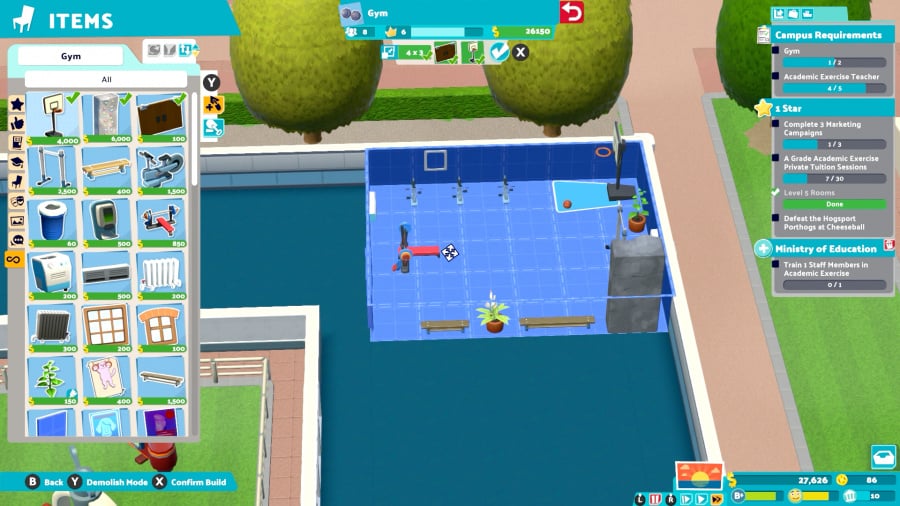 Performance is another matter though. Whilst from a technical standpoint it’s incredible that the game is running as well as it does on a console like Nintendo’s hybrid, it can’t be ignored that when things get busy, the frame rate takes a noticeable hit. As it’s a management sim, it doesn’t really affect gameplay, but it did occasionally cause us to select the incorrect item in a menu or pick the wrong item in a room; not to mention it’s a bit hard on the eyes. The campuses can get large enough to mitigate this somewhat, spreading students out rather than them running in and out of a central hub, and the earlier stages of a campus’ life run perfectly well, but it’s still something we know the developers are keen to improve. We did also run into a crash whilst playing. Thankfully the game autosaves fairly frequently and effectively, so we didn’t lose much progress at all, but we felt it was important to let you all know. 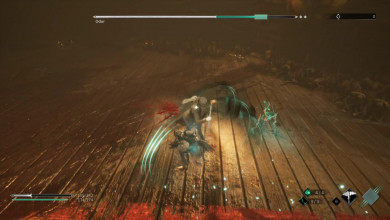 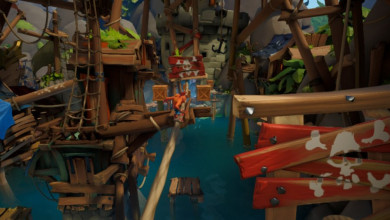 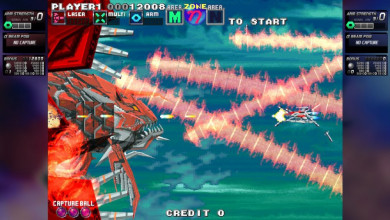 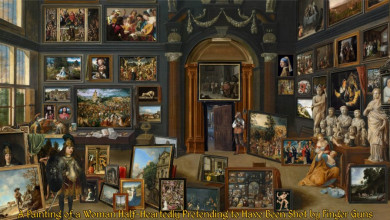 Mini Review: The Procession To Calvary – An Absurdist Point-And-Click Quest That Will Split Your Sides

July 25, 2021
Facebook Twitter WhatsApp Telegram
Back to top button
Close
Categories
We use cookies on our website to give you the most relevant experience by remembering your preferences and repeat visits. By clicking “Accept All”, you consent to the use of ALL the cookies. However, you may visit "Cookie Settings" to provide a controlled consent.
Cookie SettingsAccept All
Manage consent