Mega Man: The Power Battle was a 1995 arcade release followed by a sequel, Mega Man 2: The Power Fighters. Both are one-on-one fighting games, and they retain the series hallmark of obtaining enemy skills for tactical use. Controlling either Mega Man, Proto Man or Bass (and Duo for the sequel) imagine Mega Man minus the stage-long preamble, and that’s about the size things.

Both games very recently appeared as plug-in entries in the recent Capcom Arcade 2nd Stadium for $4 a piece. While that nominal price tag and the assumption that the arcade games are superior might put some off of this new collection, Mega Man Battle & Fighters, but there are still valid reasons to pick it up. Originally released on the Neo Geo Pocket Colour in 2000, SNK’s wonder handheld renders the game with remarkable finesse.

Mega Man Battle & Fighters has a lot on board, combining both of Capcom’s arcade games into a single package. The structure is identical: choose from one of three characters (or four in the sequel) and work your way through a boss rush, winning specific power-ups that will help to defeat trickier adversaries further down the roster. The controls are tight, the animation excellent, the graphics colourful, and the aesthetic endearing. You speedily hop, dash and dodge around each boss’s bespoke attack repertoire, aiming to learn them down-pat. You can tap-fire freely and charge up your cannon to release a large fireball; or, in the sequel, hold up in tandem to engage your character’s special attack. The latter comes in the form of damaging uppercuts, crescent kicks, and spectacular ‘Giant Knuckle’ body slams. 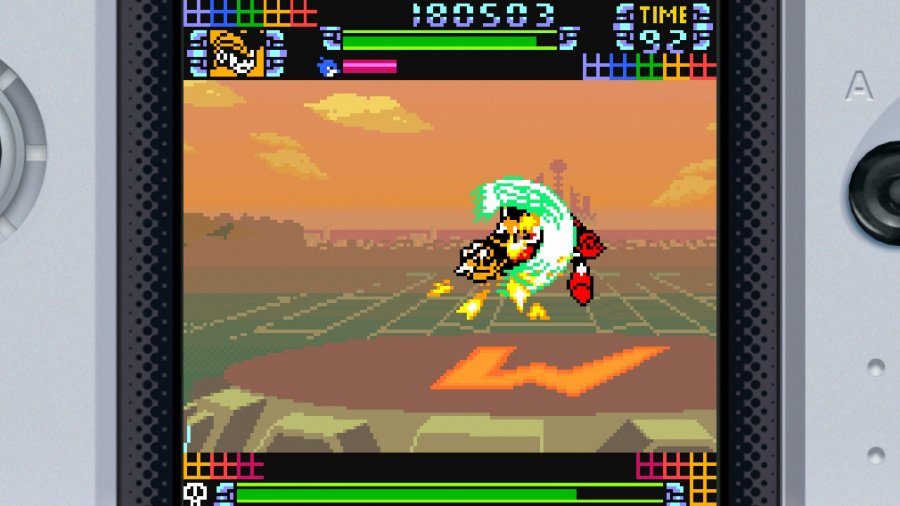 Unique to the sequel, gems released from bosses either increase your health bar or weapon power, while certain capsules engage a helper. Mega Man is aided by Rush, Bass by Treble, while Duo and Proto Man get Beat. Each helper performs differently depending on whether you’re firing normally or engaging your charge shot, dashing at the enemy, or, in the case of Beat, providing shields with limited periods of invulnerability.

Taut in design and carefully assembled, Mega Man Battle & Fighters stands out from the usual fighting game fare by allowing you to pre-empt and counter specific patterns, and even land hits on bosses just off-screen. Battle order is governed by a roulette wheel, although with a little reflex you can stop the spinner and determine your preferred sequence. Pausing the action mid-fight allows you to attach any armament won from previous battles, and — as expected — some are particularly effective against specific enemies. With two full games on board and each with multiple ‘stories’ containing an enormous boss roster spanning the first seven Mega Man titles, it’s certainly not light on content, which partly makes up for it being single-player only. 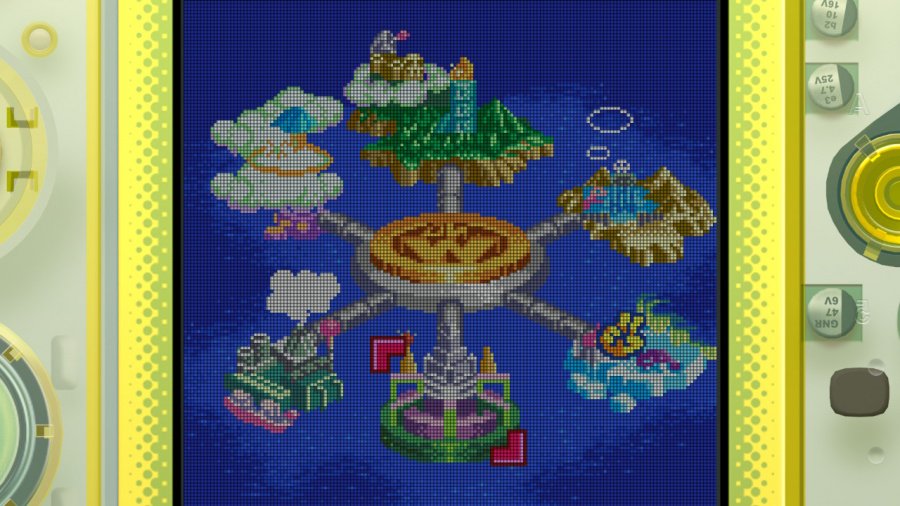 You’re only given one energy bar for the entire game, with the opportunity to top it up slightly after each battle. While that might sound strict, it really isn’t. The game is engineered around learning the characteristics of each mode’s bosses and which special attacks hold an advantage. What we don’t like is the ability to continue mid-fight. It makes sense in an arcade when a coin is being inserted for extended play, but here, it’s a real skill killer. The willpower to ignore the continue option quickly becomes the greatest challenge, and failure to do so results in the game’s design principles collapsing entirely. Can you imagine being beaten halfway through a boss fight in a regular Mega Man title, only to hit continue and easily finish them off? It wouldn’t be the same game, and neither is this. That said, with resolve, one can overcome this ‘continue’ debacle – and in doing so be rewarded with data bonuses to fill all thirty-six slots in the database file.

Most heinous is SNK’s appalling non-attempt at localisation. All of the previous Neo Geo Pocket Selection menus and perks are there: bezels mimicking the console’s various designs, a screen filter toggle, and the ability to rewind the action. But the eShop information stating support for Japanese and English languages is a big fat lie. The game, originally never released outside of Japan, remains entirely unaltered. It wouldn’t be so frustrating if it was Street Fighter, but you’re presented with full pages of options the moment you hit start.

You need to constantly bring up the digital manual for menu walkthroughs and instructions on how to choose story modes and access your obtained weaponry. Absolutely nothing is translated, not even the boss names when they appear on the pre-fight screen. Localising this isn’t like localising an RPG: the script, at least on paper, would take a few hours at most to translate, and require no more than a few days to program into the game. Recently, certain retro compilations have gone the route of overlaying subtitle bars at the foot of the screen, and, lazy though it is, even this would have been preferable to nothing at all.

Mega Man Battle & Fighters is an excellent Neo Geo Pocket Color package that is fairer and more playable in some ways than the arcade originals on which it’s based. For fans of the Mega Man formula, there’s lots here to learn and plenty of rewards to be gained from defeating each story’s boss lineup. Getting to grips with each character’s strengths and weaknesses mixes things up, and it’s great fun to study and overcome the attack patterns of your adversaries. Sadly, it’s hamstrung by a prominent and invasive continue option that many will struggle to ignore, and the localisation is non-existent, making it both cumbersome to get into and limited in terms of how much one can be absorbed by the experience.

Review: Sam & Max Save The World – An Excellent Point-And-Click Series Remastered For 2020 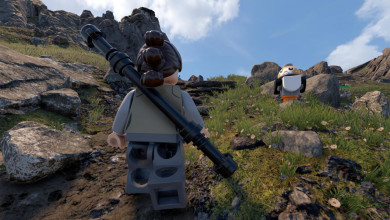 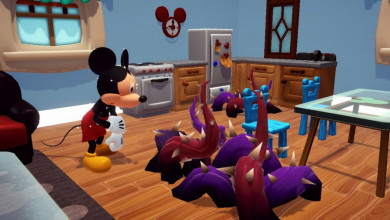 3 weeks ago
Facebook Twitter WhatsApp Telegram
Back to top button
Close
Categories
We use cookies on our website to give you the most relevant experience by remembering your preferences and repeat visits. By clicking “Accept All”, you consent to the use of ALL the cookies. However, you may visit "Cookie Settings" to provide a controlled consent.
Cookie SettingsAccept All
Manage consent