After the launch of Wave 1 of Mario Kart 8 Deluxe’s Booster Course Pass, everyone and their nan turned their attention towards Wave 2; specifically, when on earth it would be coming out. Excitment reached fever pitch (just check out the comments section of any Mario Kart Tour related content if you don’t believe us!), so naturally, expectations for the latest batch of courses are exceedingly high. Was it all worth it, though? Let’s find out.

With the addition of Wave 2, Mario Kart 8 Deluxe has now gained a total of sixteen new tracks so far in 2022. Just let that sink in for a moment: sixteen new tracks. It’s a five-year-old game, for goodness sake. Eight, if you count the original Wii U release! We’ve tried to keep this figure in mind when playing through these new courses and really look at the bigger picture here, because the new tracks on offer in the Turnip Cup and the Propeller Cup are a mixed bag, to say the least.

Starting with the Turnip Cup, the game kicks off in New York Minute, a Mario Kart Tour track. It’s a visually pleasing feast, with colours bursting from every corner of the track, but it’s a pretty safe start to proceedings. The track forces you down alternate routes as you round each lap, but there’s little in the way of obstacles or threats; it’s a bit bland, all told.

We then move on to Mario Circuit 3 and Kalimari Desert, from the SNES and N64 respectively. The nostalgia in these tracks is strong; particularly with Mario Circuit 3, where the music practically transports us back to 1992. Again, however, much like in Wave 1, these two tracks have been painstakingly recreated for Mario Kart 8. If you’re after a faithful nod to the originals, you’ll be more than happy here, but for anyone looking for a new twist or some added surprises, Wave 2 plays it by the book and doesn’t deviate from the original designs. We do love the train on Kalimari Desert though; that’s cool.

Lastly, Waluigi Pinball is the star of the show for the Turnip Cup by a country mile. It’s as fun as it ever was on the DS, with the track’s verticality and the addition of multiple obstacles marking a stark contrast to the previous three courses. It also happens to look stunning, particularly on the Switch OLED. The vivid purples and pinks bring the course to life in a way that simply couldn’t have been accomplished on the DS.

Moving onto the Propeller Cup, the tracks here are decidedly more appealing than the Turnip Cup. Starting off with Sydney Sprint, this is the second track from Mario Kart Tour, and it fairs a bit better than New York Minute with tight roads and potential water hazards that add a touch of danger to the mix. The routes change once again as you go around each lap, and honestly, the more we see this in practice, the more we’d love to see it as a mainstay feature in Mario Kart.

I’ll be honest, while I enjoyed Wave 1 of Mario Kart 8 Deluxe’s DLC, I was a little bit disappointed with some of the tracks on offer. Wave 2 ups the ante a little, at least in my opinion.

I don’t need to tell you Waluigi Pinball and Mushroom Gorge are so great, but there’s a reason people love them. The potential for chaos is endless, and if you get caught bouncing off of a mushroom into the abyss or being hit by a giant pinball, it could spell disaster for you. Both of these tracks look fantastic, too, Waluigi Pinball in particular flashing and sparkling like the inside of a neon arcade.

The Tour tracks continue to surprise me. New York Minute is a little bit basic, for sure, but Sydney Sprint is pretty great, and I love the narrower sections of the course. Snow Land is also much better than the last GBA addition in Wave 1, Mario Circuit 3 didn’t do much for me, but Kalamari Desert had me humming away and daring to drive down those train tracks all over again.

Really, everyone wants to know about the new course — Sky-High Sundae. All adorned in its unicorn colour aesthetic, I think it’s pretty fun! I totally forgot the anti-gravity was there until I actually took a minute to look at my wheels, and if you look at the map, it’s like a dismembered Baby Circuit, but there was a little bit of challenge in the course and I had to really pay attention to my sides. Those other drivers can be crafty!

Overall, this is definitely a step up from Wave 1, though I think there are more improvements that could be made. There’s still a lack of anti-gravity, and when it is used, it feels like an afterthought, and the SNES courses need a bit more pizzazz to make them work in a 3D game, but we’re heading in a good direction! Bring on Wave 3.

Snow Land and Mushroom Gorge are the Propeller Cup’s “retro” offerings, from the GBA and Wii respectively. Snow Land looks positively gorgeous, with excellent ice effects utilised throughout. Plus, we can’t help but love those adorable penguins sliding around. Mushroom Gorge is hands down probably the most welcome addition to the Propeller Cup; it’s one of few new tracks that we’re glad didn’t stray far from the original track design. You can’t fix what isn’t broken, after all.

Last but not least is Sky-High Sundae, the first brand new track to feature in the Booster Course Pass, and it’s… fine? It’s fine. Visually, it kind of looks like it’s been ripped straight out of a Fall Guys level, with ice cream and chocolate sauce adorning the landscape for miles. In terms of the actual layout, however, it’s sort of similar to Baby Park, just without the chaotic confinement. In short, it’s quite basic, with lots of style but little substance. It’s a shame because the track is the only one of the bunch to make use of the anti-gravity feature, but it just doesn’t feel like an anti-gravity track.

Presentation is, as expected, pretty great across the board. Audio remains absolutely stellar, with music that taps into our nostalgia along with new tracks that sound like they’re straight out of a Pixar movie. Visually, the new courses mostly look excellent, but again lack some of the finer details you’d expect to see in a game like Mario Kart 8, with some flat, basic textures present in all of the courses.

Ultimately, Wave 2 Of Mario Kart 8 Deluxe doesn’t quite knock it out of the park. We know we’ve been bashing these courses left, right, and centre, but when it comes to Mario Kart, we have pretty high standards, you know. However, none of the tracks on offer are straight-up bad; most of them just feel like “b-side” filler when compared to the main tracks created specifically for Mario Kart 8. There’s still a great deal of fun to be had here, particularly when you crank up the difficulty to 200cc. We have to keep reminding ourselves of the bigger picture, too; we’ve now got sixteen new courses for Mario Kart 8 Deluxe and we’re not even halfway through yet. We’ve still got a ways to go.

Eldest Souls Review – What A Rush 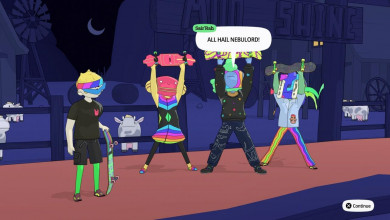 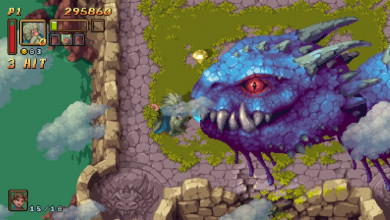 Review: Battle Axe – A Battling Throwback That Doesn’t Land All Its Hits 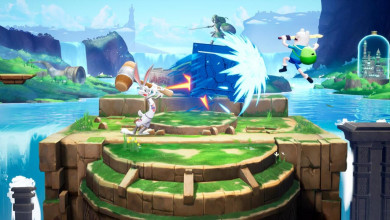 7 days ago
Facebook Twitter WhatsApp Telegram
Back to top button
Close
Categories
We use cookies on our website to give you the most relevant experience by remembering your preferences and repeat visits. By clicking “Accept All”, you consent to the use of ALL the cookies. However, you may visit "Cookie Settings" to provide a controlled consent.
Cookie SettingsAccept All
Manage consent