Halo 3 is celebrating its 15-year anniversary today, September 25, 2022. Below, we take a look at how one of its marquee new features, the Forge, had a massive impact on how fans think about and engage with the beloved shooter series.

A gigantic futuristic Jenga tower, a medieval castle with jeeps speeding through it, and a frying pan full of metal flapjacks. These maps are just a small sample of some of the most memorable and iconic Halo Forge creations that have been built by fans over the years.

“As you can tell, Forge is extremely important to Halo,” Forge YouTuber Andrew “Ducain23” Franklin told GameSpot. “It provides ways to play the game that have never been thought of before.”

Jenga, Medieval Rail and Flapjack Frenzy–the maps mentioned above–only scratch the surface of the lake of unique fan-created game modes created in Forge’s 15-year lifespan. Modes that put players in a trash compactor or in a zombie-filled mountain showcase the variety of fish swimming in that lake.

Halo Forge–originally a map editor that was meant to let players make minor tweaks to developer-created maps–has turned into something fantastic over the decade and a half. It’s spawned a vibrant community of creators who have built thousands of maps, making Halo much more than an adventure about space marines or traditional competitive modes like King of the Hill.

“Forge allowed for that possibility,” Halo Forge writer Micah Bandy told GameSpot. “I remember all the fun minigames and maps people created with such basic tools, classics like Duck Hunt and Halo on Halo, modes that brought people together for a fun party-game-like experience.”

After launching with Halo 3 in 2007, Forge has been expanded upon by later releases like Reach and Halo 5. It’s become a much deeper tool than fans, as well as Bungie, originally envisioned. The upcoming Halo Infinite Winter update should continue that trend by making Forge an even deeper toolset than ever before.

“Forge as many people consider it, began as a straightforward tool in Halo 3 allowing players to make simple adjustments to maps,” ForgeHub admin Nick Bird, who goes by Sir Iron Wolf in the Halo community, told GameSpot. “The simpleness of the editor did not stop people from finding glitches that allowed for more advanced techniques to develop.”

Fans expected much of what they knew from the first two entries in the Halo franchise: a memorable single-player campaign that followed the super-powered Master Chief and deeply engaging multiplayer that could be played until fingers grew numb. But both experiences had a limited shelf life and would grow old like they did with every shooter that had launched before 2007. Forge expanded the promise that came with both those modes that extended the life of each Halo game by years.

Forge changed what it meant to play Halo.

“I remember being astonished,” Bird said. “I was still in school when Halo 3 was released and every day I would finish my homework and then hop on Halo with my friends till my parents told me to go to bed. Back then, you could only have 100 maps saved and I remember constantly running out of space. I ended up making other Xbox Live accounts just to save more maps I made or calling up a friend to hop on and save a map I was working on.”

What began as a simple tool that allowed creators to place blocks, crates, vehicles and weapons has blossomed into a canvas of minigames, original maps and experiences that can’t be found outside Halo. It was a precursor to Overwatch Workshop, Grand Theft Auto Online custom games, and Fortnite Creative. It’s become the reason players continue to invest time and energy into Halo long after standard multiplayer has grown stale.

A beta version of Forge is coming to Halo Infinite on November 8 alongside a bigger update. This version of Forge will let players scale objects to whatever size they prefer, combine weapons to create new abilities, and give them a deeper base toolset.

Some players have gotten early access to Infinite’s Forge through the Co-Op Flight program. Even though the mode hasn’t been ready for player-side testing, long-time veteran creators have been impressed by what’s possible with the latest iteration of Forge.

“It’s a beta release, so I’m managing expectations, but I have good reason to have a positive outlook for the tool,” Carson Barry, a creator who has been using Forge since Halo 3, told GameSpot. “Even the half-busted build that people accessed […] is blowing previous titles’ editors out of the water, for both performance and visuals.”

Halo 5’s Forge mode included a rudimentary scripting system that let creators implement enemy AI and other features, but it was a “pain to work with,” according to Barry, who’s deeply experienced with scripting within Forge. Halo Infinite’s scripting feature will be much deeper than its predecessor, making many of the features that were difficult to implement in Halo 5 seamless in Infinite.

“The visual scripting provided by the node graph interface in Halo Infinite frees us from those issues, and makes drafting in-game much more user friendly,” Barry said. Creators who have already jumped head-first into Infinite have been creating incredibly impressive maps. They’ve designed Mario Kart-like power ups, Andy’s room from Toy Story, and much more.

We won’t see a fully-featured Forge on November 8 since it’s only a beta release, but a stream of content should slowly improve the workshop mode over time. Halo Infinite may have launched in 2021, but if Halo 3’s Forge is any indication, its best content is yet to come.

“The art-studies, detailed remakes, and scripting R&D that people have been doing have been great to see, and that’s with broken, incomplete, software,” Berry said. The actual retail build, and the stability and infrastructure that come with it should only serve to take things to greater heights. It’s all excellent proof-of-concept work and I can’t wait to see these ideas get stitched together into actual gameplay designs. These guys are just getting started.” 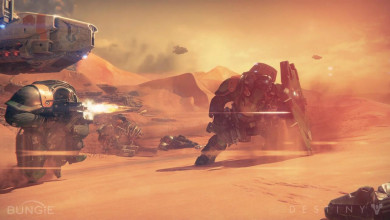 How To Connect Bluetooth Headphones To The PS5

Cyberpunk 2077 Will Have A Massive 43GB Update Around Launch

Halo Infinite’s Craig Is Getting A New Face, Unfortunately