Grand Theft Auto V Online’s latest enormous update, the Cayo Perico Heist, is here. The central addition is the new heist that the update is named for, but it’s not the only addition now available in Rockstar’s online game.

In a press release, Rockstar Games founder Sam Houser said that this update is “our way of getting everyone together to party and dance in the safest possible way while also giving players the chance to take on our biggest and best Heist yet.” Houser says that the goal was to give everyone something fun to do after the challenges of 2020. “It’s been a difficult and challenging year, and we wanted to make something everyone could have some fun in–we’re really excited for you to play.”

The Cayo Perico Heist adds a new space to explore, allowing you to explore a new island with your friends. You’ll also have access to a new nightclub, the Music Box, which will feature DJ sets from acts like Moodymann, Keinemusik, and Palms Trax.

The heist itself sees players breaking into the private island of Cayo Perico to snatch treasures from El Rubio, who has crossed the Madrazo crime family. Along the way you’ll need to retrive some incriminating files, purchase a submarine, photograph points of interest around the island, and potentially hack the security system to give yourself an easier approach.

The heist has designed with multiple potential approaches like the Diamond Casino Heist before it. You can prep and plan how you’re going to tackle it in advance, and this time you can go solo, if you want. This is the first GTA Online heist that you’ve been allowed to complete without a team, and while it’ll likely be difficult, you have the option if that appeals to you.

This new space also adds new radio stations, as well as new music for existing stations. One of the new radio stations, Still Slipping Los Santos, gives you a mission to complete, too–you need to find radio towers across the island to boost the station’s signal.

New weapons, items, and clothing have been added, too. You can use the sonar on your new submarine to find 10 Hidden Caches per day, collecting cash and RP from each one, giving you reason to keep logging in every day. Clothing options have also been expanded, including designs from fashion labels Civilist and MISBHV.

Here are the vehicles and weapons now available in this update:

For PS4 players, this update is also a good reason to log in and claim December’s GTA$1 million reward. All PlayStation Plus members on PS4 will get a bonus GTA$1 million every month they log in until GTA 5 releases on PS5. The game is also coming to Xbox Series X/S.

Destiny 2: Beyond Light Season Pass And Season Of The Hunt Guide 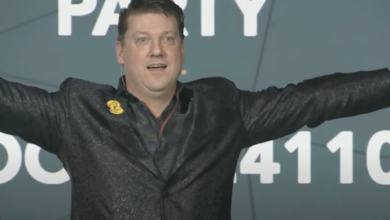 Shady Part Of Me Is Available Now

December 11, 2020
Facebook Twitter WhatsApp Telegram
Back to top button
Close
Categories
We use cookies on our website to give you the most relevant experience by remembering your preferences and repeat visits. By clicking “Accept All”, you consent to the use of ALL the cookies. However, you may visit "Cookie Settings" to provide a controlled consent.
Cookie SettingsAccept All
Manage consent