The survival-crafting genre is famous for a few things: steep learning curves, a bit of jank in its systems, and a sense of seriousness that, to be fair, is to be expected in an experience that starts you off hungry, thirsty, cold, and defenseless. Obsidian’s Grounded, launching into its 1.0 state after two years in Xbox Game Preview, delightfully rejects these tropes, by and large. Instead, it takes the best bits of these games, polishes them, and offers a childlike spin, giving it all a charming sense of place and a unique point of view.

The premise of the game’s setup is simple: You take on the role of one of four kids inexplicably shrunken down to the size of an ant and must fend for yourself (and up to three co-op partners) in The Backyard, a typical residential space that would be less than notable if not for your sudden change in stature.

In The Backyard, dinner is a tadpole cooked over campfire, or perhaps some gooey “gnatchos,” and your biggest concerns are no longer homework and bedtimes, but wolf spiders and bees. It’s the sort of thought experiment no one leaves childhood without having dwelled on–what if I was really small?–and as such, the game filters every weapon, potion, safe haven, and more through the eyes of its kids.

For Hoops and her friends, a few steps across The Backyard become a trek through a dense and dangerous forest.

The early hours aren’t as steep a climb as these games tend to be, and that’s a credit to the team that made it. Normally in a survival-crafting game, just the simple act of building a campfire or crafting an axe can lead to severe head-scratching due to a game’s poor manner of explaining its world. Grounded’s well-reasoned early onboarding and menu guidance helps clarify what you need and, oftentimes, exactly how to get it.

This doesn’t directly make combat easier or base-building less time-consuming, but indirectly, it feels like absorbing the game’s codex to the extent that you always know what you should be doing. Combined with the game’s steady progression toward making your character formidable in their own right, Grounded is certainly one of the more welcoming games of its type.

Because of the game’s ’90s sci-fi overtones–your sudden status as a miniscule pre-teen is the result of an experiment you’ll uncover as the story progresses–there are many field stations set up around the dense backyard which you can use to study materials such as plant fibers, spider legs, and dandelion stems. As you study them, you’ll discover all you need to know about the item, including the crafting recipes that demand it.

This helps lift up Grounded in those critical first few sessions, because though you still won’t have much of what you need to craft some of the more elaborate items, you’ll discover them–and thus understand their place in the world–much sooner than games like this tend to allow. This starts to explain The Backyard at a much more welcoming pace than I’ve gotten used to by playing similar games over the years.

The early hours are still tough though, especially when played solo. Most encounters and even non-combative activities seem designed for multiple players. Taking on an orb weaver spider within the first hour is a death sentence for you, but more manageable with a few friends. Similarly, building a really elaborate home base takes a lot of assembly line-like maneuvering, like lugging grass planks from the wilds back to home. Each additional set of hands makes the game more enjoyable, which is usually the case when co-op is an option, but also more digestible. 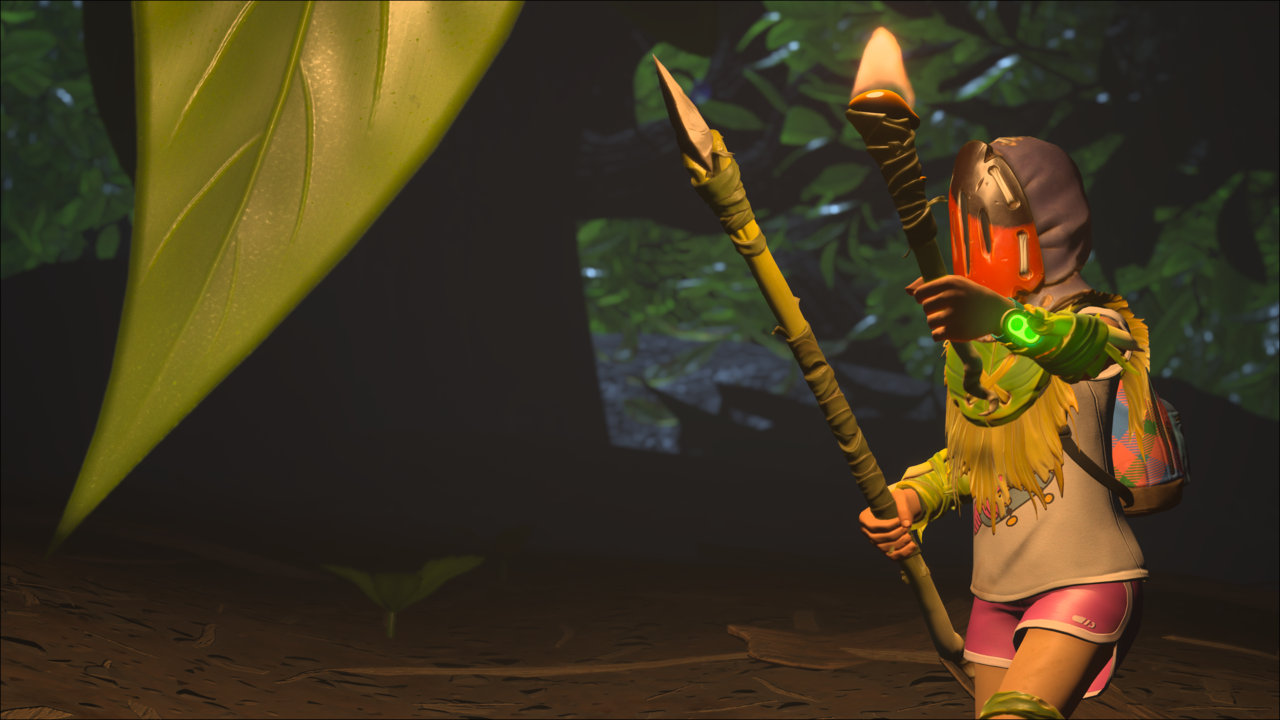 When night falls, it’s best to have a clear plan of action, or else just sleep through it.

Speaking of base-building, Grounded presents its many craftable objects in fun ways. The kids at the center of the story think of base-building and weapon-crafting the same way Kevin McCallister thinks of booby-trapping his house from burglars in Home Alone. Like leaving Micro Machines scattered on the hardwood floor for the brutish intruders to slip on, building up a safe haven for yourself in Grounded means not only filling the space with important survival tools like a workbench or a tent, but also the stuff that kids would hope to have on hand, like a trampoline and a basketball hoop.

Much of the story is doled out through audio logs and the occasional cutscene, but the characters routinely comment on things as you’re exploring, like how the weevils, with their hose-like noses, sound like they’re congested, or how they’ve always been taught not to waste food. These are kids experiencing some incredible circumstances, but they still manage to behave and talk like kids. They’ll explore landmarks unique to their world too, like discarded hot dogs, spilled-over juice boxes, and ant hills full of secret passageways.

Buff-giving potions are smoothies, furniture includes things like a big squishy couch made of blueberries; everything in the world clearly comes from the mind of a child. The kids’ perspective may be dramatically shifted, but they don’t lose their youthful eye for the world, and this aesthetic difference is Grounded’s greatest attribute. The colors pop off the screen like a modern Disney movie, and even the game’s most dangerous enemies have a cartoonishness about them. This is not the sort of dark and dire survival-crafting game you may be used to. If Minecraft is a game for kids with the mind of an adult, Grounded is a game for adults with the heart of a child.

That’s meant as a compliment, but it does also start to explain one of the game’s downsides: Though the crafting menu is impressive in size, especially its complete weapons list that includes different dozens of bludgeons, swords, bows, and bombs, some parts of the crafting menu feel noticeably sparse. I played much of this game within the survival mode where all threats are real, but I did find myself enjoying the freedom of creative mode and its instantly-unlocked recipes, which becomes the post-game’s main draw after the story is concluded. Seeing all the game’s possibilities in one place made me realize that, beyond a few clever furnishings and several critical crafting objects like the workbench, the game doesn’t have a ton of things to decorate your home with.

This isn’t The Sims, of course, but in every category except for its interior decor, the base-building menu is robust. If you need protection, Grounded’s weapons locker and defensive blueprints are awesome. If you’re craving fashion over function, however, Grounded is more than a few cool chairs and dressers short of the world’s smallest IKEA. 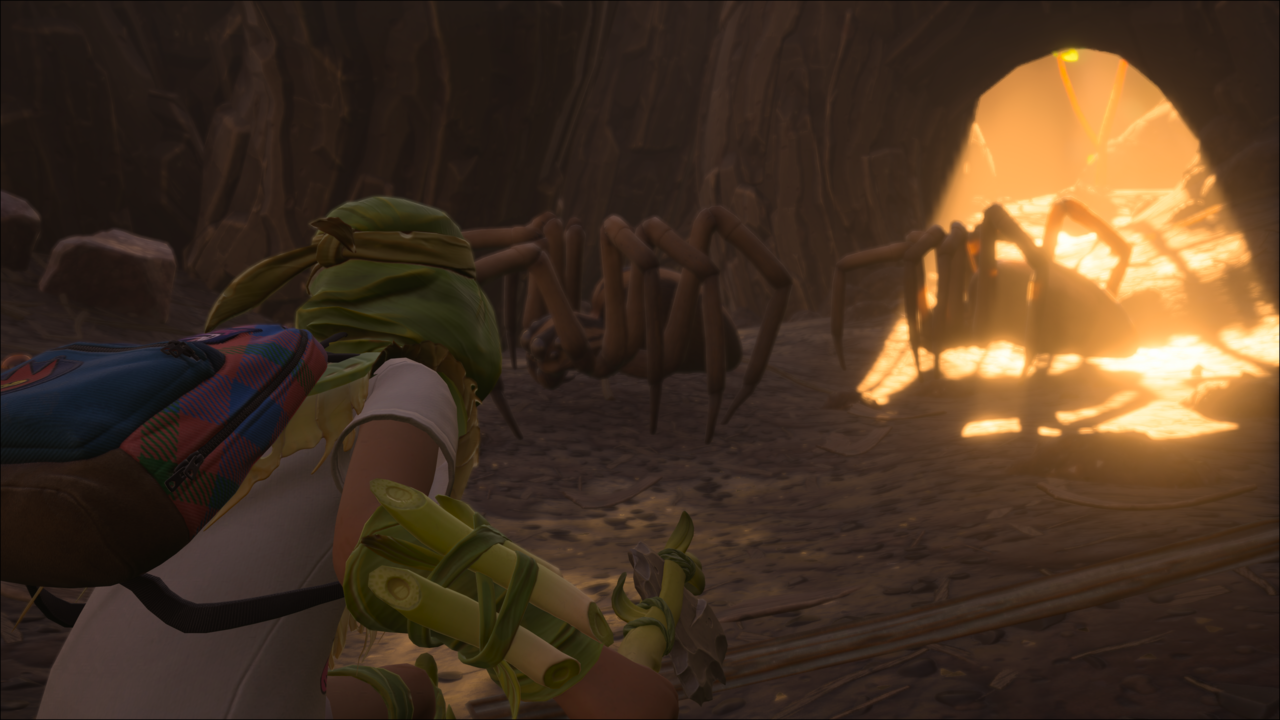 Some enemies are meant to be avoided for a while.

Along those lines, the game also isn’t as reactive and experimental as you might want. Everything has a strict purpose, and there’s usually no way to skirt its rules. You can counter some effects of armor with potions, and vice versa, but these are pretty basic RPG-style elements that Obsidian and others have worked with before. The way that you can create a chain-reaction of events to solve problems in games like Minecraft, Project Zomboid, and other titans of the genre is all but absent here, though I have routinely enjoyed eliminating a spider problem by drawing them into conflict with the sneaky-tough ladybugs.

If its whimsical aesthetic is its greatest feat, Grounded’s level of polish is its biggest surprise. In my experience, survival-crafting games are more prone to messiness than most other genres. Maybe it’s the ample tools players are given to reshape their world, or the trend that demands so many of these games launch in early access, thus giving players a jankier experience more of the time, but I went into Grounded expecting to live with some of that messiness, but didn’t really find much of it.

Combat feels good in first- or third-person, platforming can be a bit imprecise at times due to how floaty it is, but for the most part, Grounded seems to enjoy its status as both a game that comes in a long lineage of like-minded experiences and the latest project from an established, expert team like Obsidian. This is fortunate too, because the game’s many traversal elements–from floating to earth on a dandelion stem, to parkouring across bent-over grass and exploring the depths of the koi pond–require some polish that ensure your mistakes are your own, not the game’s. With the exception of some missed leaps across tree branches, I never had any issues with the game’s controls and its overall feel.

Grounded isn’t the biggest game of its kind, and most of its moment-to-moment gameplay moments have been seen before in other games. Still, the fantastical setup makes for an immediately intriguing setup, and to further stylize it as a uniquely child-like adventure, polish it beyond most of its peers, and set it in a world full of familiar sights to see in startling new ways makes Grounded no small feat.

Review: No More Heroes 2: Desperate Struggle – A Confident Sequel And One Of Grasshopper’s Best 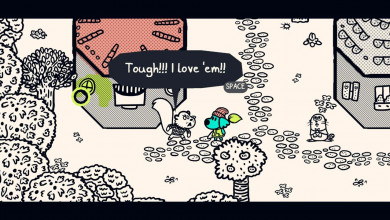 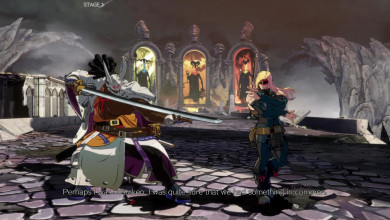 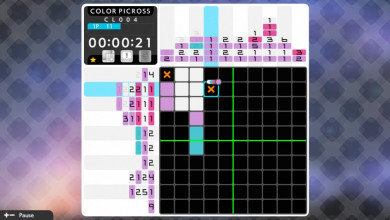