Much like protagonist Zack Fair himself, the story of the self-proclaimed country-boy-turned-SOLDIER-First-Class is not one shrouded in mystery. If you’ve engaged with Final Fantasy VII or any of its various spin-offs, prequels, remakes, or animated movies, chances are you understand the weight of his legacy–which is, coincidentally, only rivaled by the weight of his sword. However, if you’re looking for the definitive way to experience it, look no further than Crisis Core: Final Fantasy VII Reunion.

A remake of the 2007 PSP exclusive Crisis Core: Final Fantasy VII, Crisis Core Reunion is a faithful retelling of Zack Fair’s story with dramatic visual upgrades, full voice acting, and several quality-of-life changes. Considering the game was already heralded as a fantastic prequel and one of the best titles on PSP, it comes as little surprise that this version is triumphant in making Crisis Core into a modern day must-play for Final Fantasy VII fans. Not only does Crisis Core Reunion port the once fairly difficult-to-find game to several new consoles, allowing for a greater audience to experience the title, it transforms the game from feeling like a smaller, handheld experience into something that can proudly stand beside Final Fantasy VII Remake as a worthy companion.

Crisis Core: Final Fantasy VII Reunion follows Zack Fair, a skilled young man who quickly moves up the rank of soldier–Shinra’s elite fighting force–to stand beside other legendary heroes like Genesis, Angeal, and the later-notorious Sephiroth. However, once information regarding the various experiments Shinra conducted on these elite warriors begins to surface, the four colleagues quickly find themselves at odds with each other. Inevitably, these tensions set into motion the events of Final Fantasy VII, including Sephiroth’s turn toward madness, the burning of Nibelheim, and Cloud’s involvement in the whole ordeal. However, Crisis Core doesn’t solely exist as a precursor to something bigger, as it succeeds in weaving an engaging, intimate, and emotionally impactful narrative of its own.

A lot of this is due to the game’s protagonist. Whereas Final Fantasy VII’s leading man, Cloud Strife, has a tendency to be soft-spoken and a bit moody, Zack is exuberant and extraordinarily likeable. Throughout the game, Zack’s mentor, Angeal, likens the fighter to a puppy and affectionately teases him for his hyperactivity and eagerness. However, when compared to the other SOLDIER members–like the stoic Angeal, dark and poetic Genesis, and no-nonsense Sephiroth–Zack is a breath of fresh air who is widely idolized within the SOLDIER program (particularly by Cloud) for his proficiency, zeal, and encouraging nature. Outside of Shinra, these qualities also endear him to our favorite flower girl, Aerith, who shares a brief but powerful love story with Zack, complete with long-distance phone calls and tender letters. 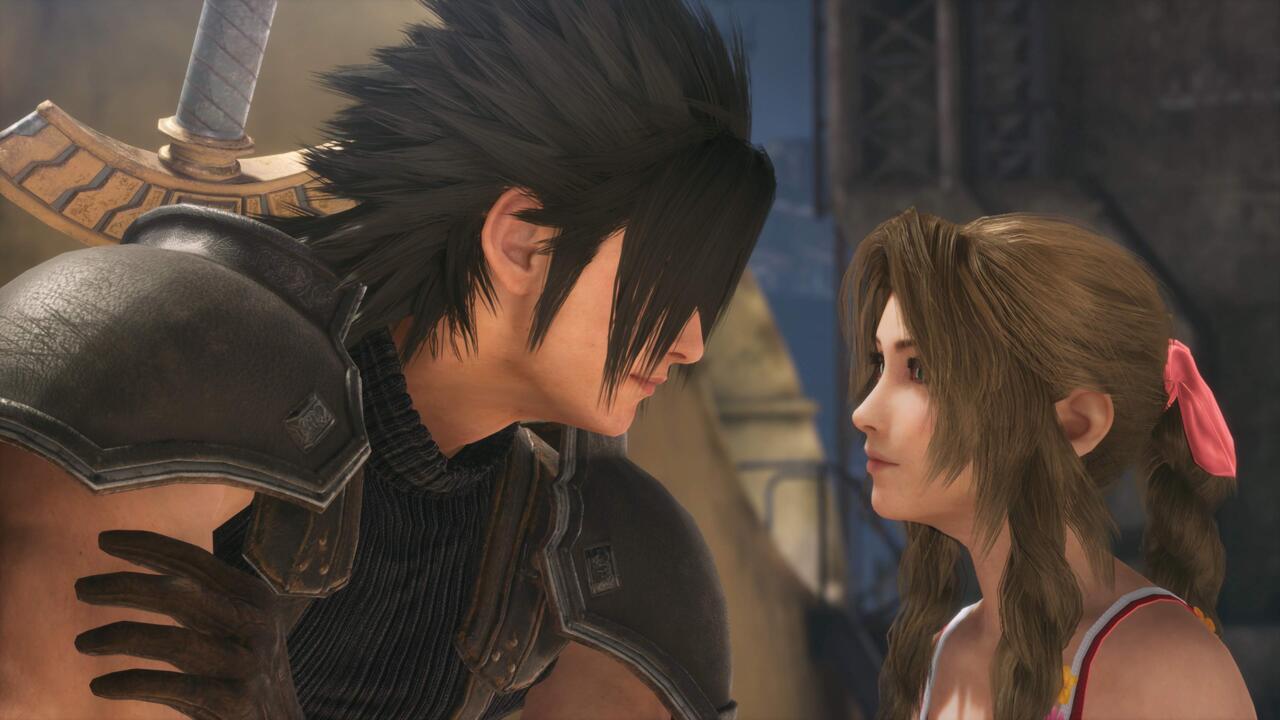 In Crisis Core Reunion, the emotional impact of all these events is amplified thanks to the entire game now having full voice acting. While some voices might take getting used to, as they differ from the original Crisis Core’s performances, the new voice actors do a fantastic job in making the story more engaging than ever before. This voice acting also profoundly impacts how we view Sephiroth as the story progresses–Tyler Hoechlin’s performance makes him even more sympathetic as the truth about his birth is slowly brought to light and his downward spiral becomes more heartbreaking. On that note, I was delighted to hear several of the series’ new voice actors lend their talents to the characters who appear in Crisis Core Reunion, including Tifa, Aerith, Tseng, Reno, Rude, and several others. This is all a part of Square Enix’s push to make Crisis Core more cohesive with Final Fantasy VII Remake, which it ultimately does with gusto.

This feat is also accomplished by how much care the team put into visually upgrading Crisis Core. Every location is lush, intricate, and has been adjusted to more closely resemble the world we see in Final Fantasy VII Remake, which makes the game’s trips to Junon, Costa Del Sol, Nibelheim, Shinra Manor, and Gongaga–areas that we’re yet to venture to in the remakes, but will see in the future–a bit surreal. In Crisis Core Reunion, we’re presumably getting our first look at just what lies ahead for us in Final Fantasy VII Rebirth, which, if you’re a die-hard fan, makes the game well-worth playing in itself. As someone who has spent the last few years yearning to see what wandering throughout Shinra Manor will feel like, or how grand the streets of Junon might feel as Cloud is tasked with parading down them, it was an emotional experience to see even a less graphically intensive glimpse at what’s on the horizon.

Crisis Core’s gameplay systems remain intact, albeit streamlined and remapped in fantastic ways. Those not familiar with the gameplay will find it to be unusual but exciting. Rather than Final Fantasy VII’s turn-based system, Crisis Core Reunion features fast-paced action-style combat. While the game’s simplistic hacking, slashing, and blocking is a fun time by itself, with challenging enemies requiring fast reflexes and quick planning, Zack can also equip up to six pieces of materia, which grant him spells and abilities he can use in battle. In the original Crisis Core, cycling through all these combat options could be daunting, as you were forced to use R1 and L1 to scroll through them all, then hit X on which one you wanted to use. In Crisis Core Reunion, this has been completely overhauled, as you now can hold R1 and assign all these abilities to various buttons to make combat less frustrating and more efficient. 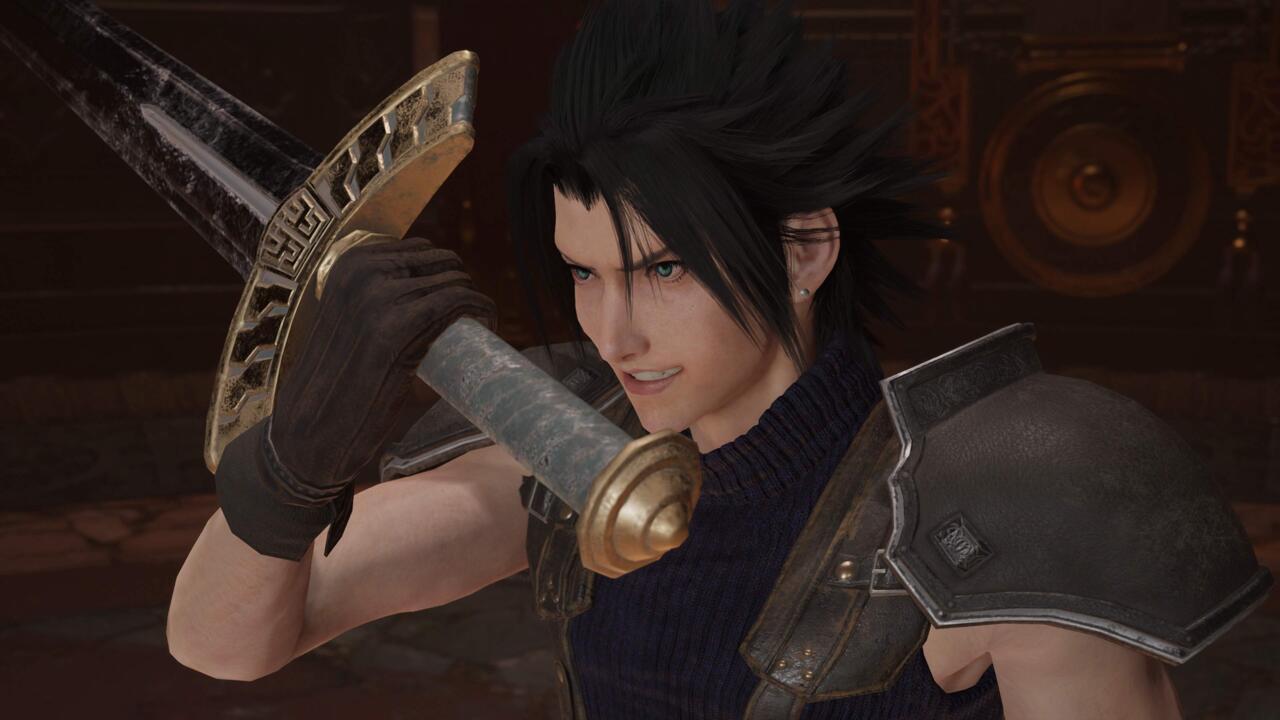 Crisis Core Reunion also improves one of the original game’s most notable features: the Digital Mind Wave. Also referred to as the DMW, it’s a constantly spinning, slot machine-style combat enhancer that lurks in the upper left corner of your screen during combat. The icons featured on the slots are characters and summons you meet throughout the game, with characters providing you with limit breaks based on Zack’s relationship to them, and summons granting you the ability to, well, summon them. As your relationships with certain characters are altered, you become more or less likely to see them make an appearance in the DMW. In theory, it’s an incredibly strange feature, as this slot machine is responsible for allowing you to dish out your hardest-hitting moves as well as level up. In execution, however, the DMW is extremely fun and satisfying, generally working out fairly well for players while also introducing an element of randomness to battles that keep them fresh.

In the original Crisis Core, this feature did earn some criticism for its “modulating phase,” which would grind battles to a halt as the slots took up the entire screen. These phases no longer exist, though Crisis Core Reunion will still interrupt battles to show brief cutscenes when the slots land on certain characters. Considering the time we get with Zack is so brief, I found these cutscenes not only fascinating to watch, but needed. As an extroverted person who is supremely devoted to the people around him (just take a look at how many text messages the guy gets), having this mechanic where Zack’s relationships play a role on his mental state–and subsequently the way he battles–is a brilliant choice that tells us a lot about him without adding hours onto Crisis Core’s story. All these unique qualities create a tangible difference in Final Fantasy VII and Crisis Core’s gameplay, which drives just how different Zack and Cloud truly are. 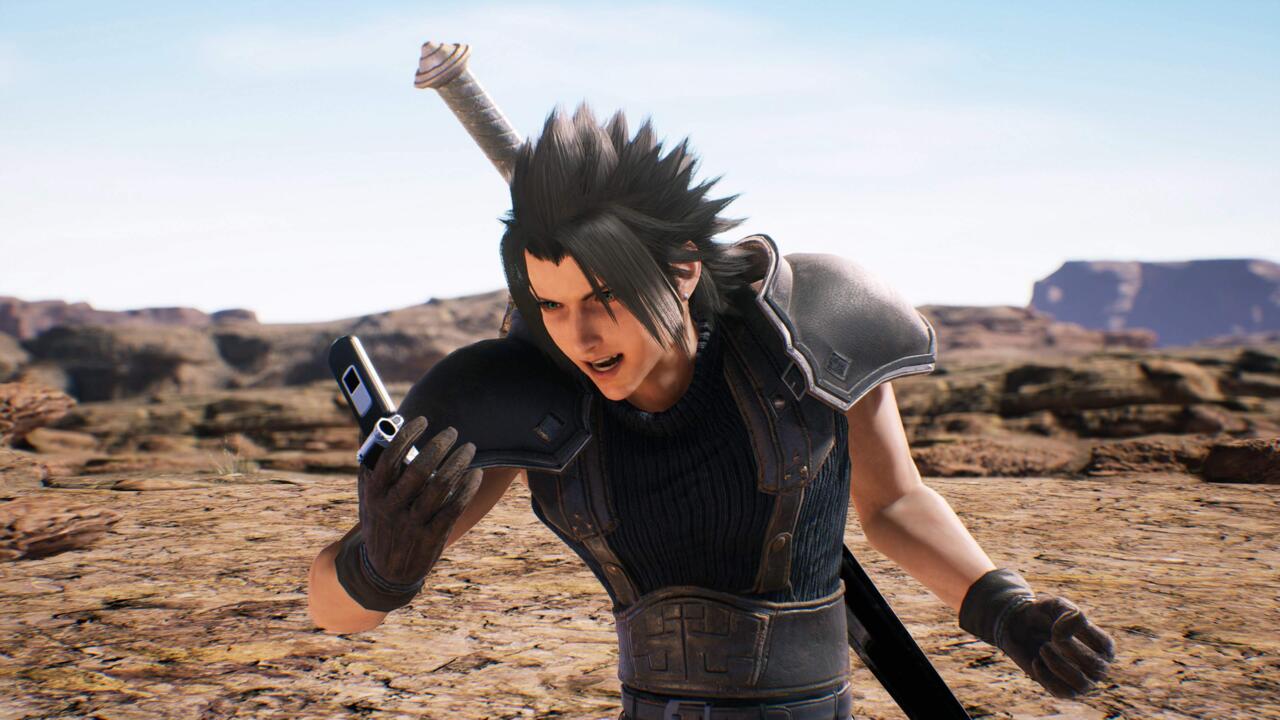 Crisis Core also features materia fusion, which allows you to take leveled up materia and combine it with other types to create new and more powerful spells and abilities. While grinding materia out in Final Fantasy VII was arguably already fun, the implementation of this fusion system makes it even more satisfying. Rather than simply raising how powerful your Fira becomes, materia fusion allows you to create entirely new spells all together, such as combining said Fira with Assault Twister to create Fira Blade, an ability that inflicts magic damage while not using MP. Additionally, you can add items during fusion that, when equipped on Zack, alter his stats. I spent a lot of time managing and fusing my materia while playing Crisis Core Reunion, and despite being someone who doesn’t necessarily love crafting, I enjoyed every minute of it.

However, not all of Crisis Core Reunion’s grinds have aged quite as well. For starters, the game has far too many random battles. At times, I found myself sprinting with Zack pressed up against the game’s walls to avoid being in the centralized areas that trigger them. Additionally, Crisis Core Reunion has a lot of side missions. Considering the game was originally created to exist on a handheld console, it is understandable: Each of these missions last for a few minutes and would be ideal to play through if you have a few spare minutes while out and about. Removed from that context when played on a console, these missions are not as satisfying. And, considering how similar they are even if the background stories are slightly different, they quickly grow repetitive.

That being said, Crisis Core Reunion is marketed as a direct remake, so it makes sense it’s all there and I can’t fault the studio for carrying over pre-existing content too much. Even so, the game would have greatly benefited from finding ways to make this content more worthwhile and less outdated in feel. Really the only feature I would argue was woefully neglected by the studio is the game’s dialogue, which can come across as awkward and very “early 2000s JRPG” in feel. This is exacerbated by just how incredible the dialogue changes and additions were in Final Fantasy VII Remake, which enhanced already-fantastic characters as well as made the overall story deeper and more comprehensible. While Crisis Core Reunion did not set out to expand or reimagine the same way Remake did, a few alterations–and less awkward pauses from Aerith–would have gone a long way.

Ultimately, if you go into Crisis Core Reunion expecting a one-for-one remake of Crisis Core, quirks and all, you will not be the slightest bit disappointed. It is a greatly improved version of a great game, one that all Final Fantasy VII fans eager for more story would benefit from playing. While you shouldn’t expect any new content or story revisions (sincere apologies to all of you who were hoping, I’ll admit I was too), you can expect a powerful ode to the kindest man you’ll ever meet and the legacy he passed on. 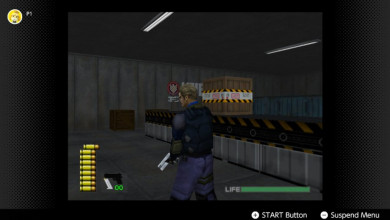 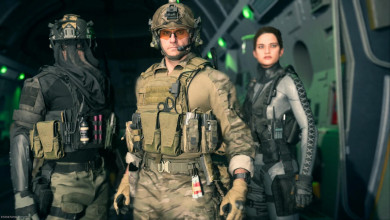 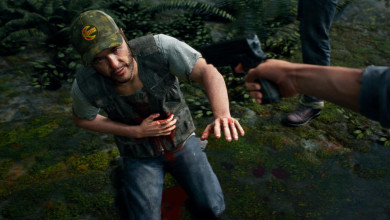 The Good Life Review – Shoot For A Higher Standard Of Living