Stray is a novelty game for us. A third-person adventure with an adorable cat in the middle of the story that was just released. We’re very excited about Stray and we hope that you share that excitement with us. And honestly, writing about cats (animals in general really) has been one of our favorite things to do.

Especially games, cat-filed sales (here) and yes even more sales that have cats in them (here). Games like Garfield Kart which you can check out here.

But we’re here about Stray. A brand-new game that has a lot going on. What’s it all about you might ask? Let’s find out together.

Stray: The 101 On The Acclaimed Game

Stray is a third-person adventure game. It has open-world elements, with a focus on atmosphere, exploration, and art. Lost, alone and separated from family, a stray cat must untangle an ancient mystery to escape a long-forgotten city.

This is a third-person cat adventure game set amidst the detailed, neon-lit alleys of a decaying cybercity and the murky environments of its seedy underbelly. You get to roam surroundings high and low and defend against unforeseen threats. And solve the mysteries of this unwelcoming place inhabited by curious droids and dangerous creatures. 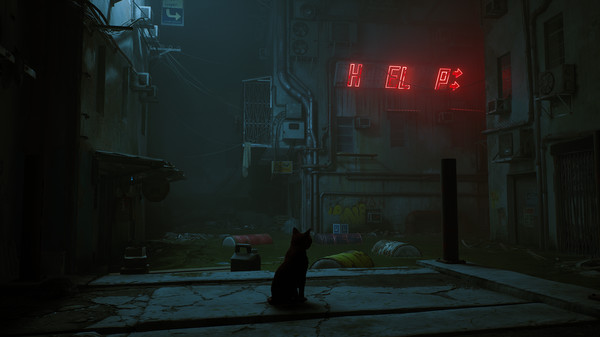 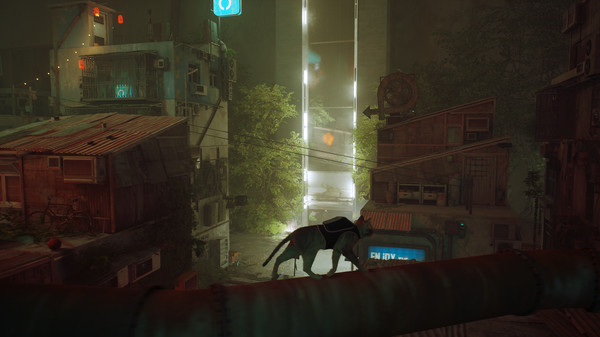 You also get to see the world through the eyes of a cat and interact with the environment in playful ways. Be stealthy, nimble, silly, and sometimes as annoying as possible with the strange inhabitants of this mysterious world.

Along the way, the cat befriends a small flying drone, known only as B-12. With the help of this newfound companion, the duo must find a way out.

Stray is developed by BlueTwelve Studio, a small team from the south of France mostly made up of cats and a handful of humans. 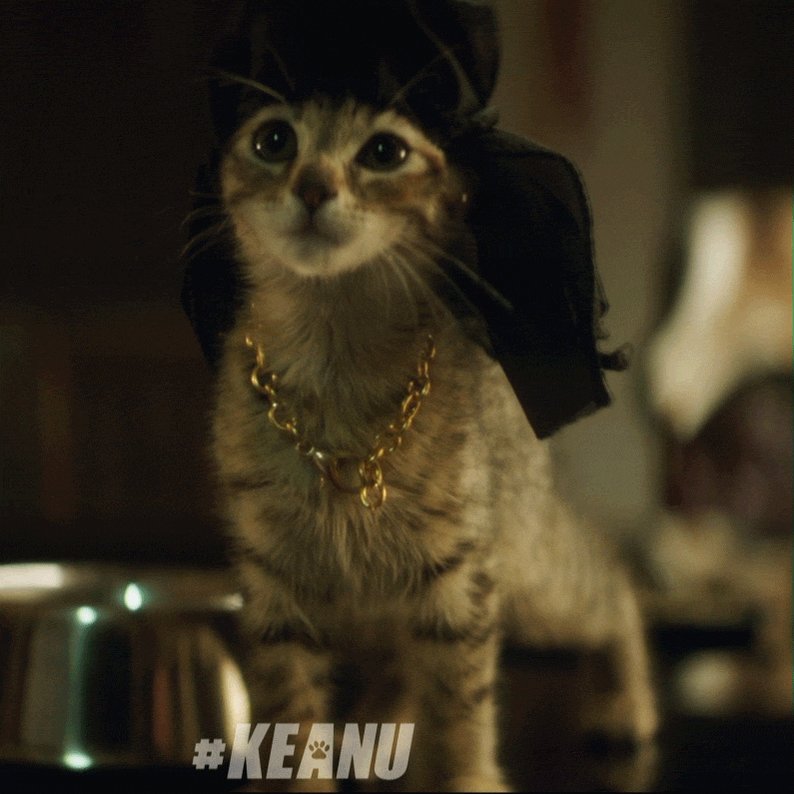 And What Are Some of The Steam User Comments Saying About It?

I’m a simple person. When I saw the cat, I bought the game,  Says Tallkn

Visually? – Looks nice! I can play a Cat? – Got my Interest! But Ladies and Gentlemen, you can actually knock things to the ground! I’m all in! adds Vertigo on Steam.

Stray will be soon available here at IndieGala. 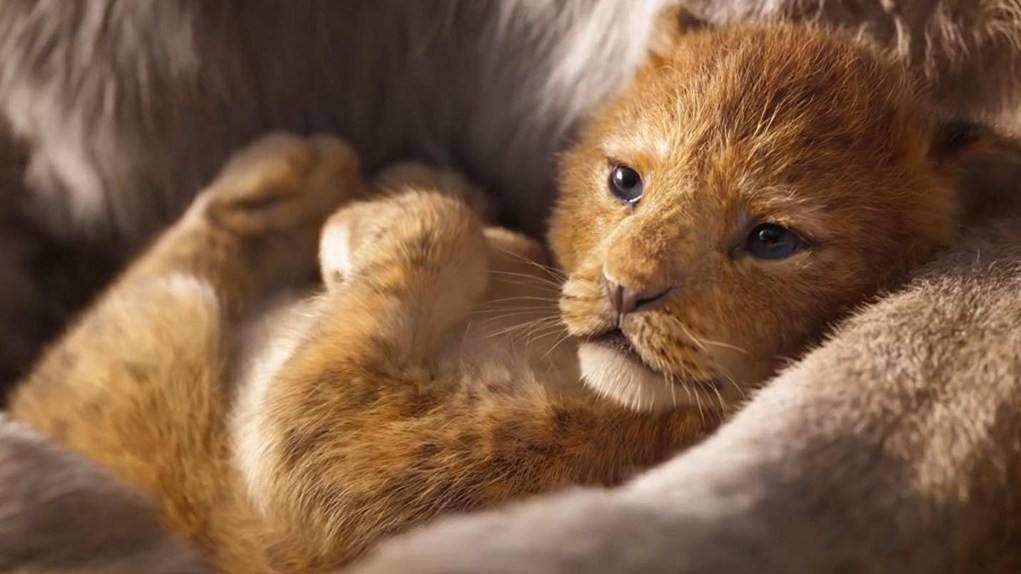 Yes, we already presented a great deal of iconic, famous and infamous cats. Some are cute, while others are not so much. But for this particular article we’re gonna present a new bunch of feline creatures. Cats of all kinds have graced the silver screen and even the small screen. Just like we did in our March Purrrfect Selection article. You can read all about it here. But for now, you may know some of them, but you may find some cool cats that you don’t know. Some of them are cartoon characters, while others are very much real. Some of them are lead characters, while others play a supporting roles. Let’s meet them, shall we?

Yes, lions are technically cats, and it seems appropriate to start this list with a rather iconic cat. Simba was inspired by the character Bambi from Disney’s Bambi. And as well as the stories of Moses and Joseph from the Bible. Not to mention there are plenty of similarities between Simba and Prince Hamlet in William Shakespeare’s Hamlet. However, in all of its essence, Simba is a Swahili word for lion. A word that’s actually reflecting Simba’s origins in sub-Saharan Africa. Matthew Broderick provided the speaking voice of adult Simba, while Jonathan Taylor Thomas, was cast as the voice of young Simba. Every kid that grew up in the 90s can identify this character at a moment’s notice. So yeah. It’s only fair to start with Simba.

Blofeld’s Cat- From Russia With Love

If you’ve ever seen a James Bond then you know that there’s always a villain to torment 007. Some of the previous James Bond villains have been iconic, while others were… forgettable to say the least. Blofeld is one of those iconic characters, and quite frankly so is his pet cat. A white cat to be precise. It’s an entirely white Persian cat, and though it doesn’t have an official name, it is perhaps as famous as the villain himself. The cat made its first debut appearance in the year 1963, in the movie From Russia With Love. But the iconic cat has been ingrained in pop culture since then. There’s not a parody movie that we don’t see it. Hey, Mike Myers even copied that scene in his Austin Powers movie. The rest is truly history.

Another iconic cat is in another iconic actor’s lap. This time it’s Marlon Brando in the legendary cult classic- The Godfather. But here’s a fun fact for you.  “The cat in Marlon’s hands was not planned for,” director Francis Ford Coppola said later. The gray and white cat held in the opening scene of The Godfather (1972) was actually a stray that director, Francis Ford Coppola, found on the Paramount movie lot during filming. He added the cat himself, believing that it would help show the Godfather, Don Vito Corleone‘s, soft side. But the truth is, Brando was himself a great fan of cats. He even owned a couple of them, so it wasn’t a big deal to improvise the iconic opening scene with a feline friend.

Keanu the cat was in fact, named after the Matrix actor. The one and only Keanu Reeves. Which we already wrote about here too. Check out that article here.  But here’s the thing. The “Keanu” filmmakers reached out to Reeves to participate in the movie. He initially declined. Though after he saw the trailer, the star agreed to lend his voice to his namesake kitten. And the rest is…. Well, history. And here’s another thing. It’s not just one cat. A grand total of seven kittens from various shelters around New Orleans, Louisiana were trained specifically for the role of Keanu. Are you shocked? Don’t be. It’s perfectly normal for Hollywood.

We mentioned cats that belonged to villains before. But what about cats that are the villains? Snowbell is exactly that. A pampered Persian cat that’s understandably less than pleased when the family adopts Stuart (Michael J. Fox). Voiced by the legendary Nathan Lane, Snowbell loves to antagonize this little mouse. But the truth is, Snowbell, the Little’s pampered housecat, is played (in the closeups) by a white Persian named Lucky Prince. He also appears in the sequel- Stuart Little 2, and yes. It’s only fair to put a cat on this list that’s actually mean and distrusting. Hey, we added everything else.

Will You Check Out Stray?

Let us know if you will. And feel free to tell us what’s your favorite movie cat. Is it Ulysses from Inside Llewyn Davis? Or the Cheshire cat from Alice in Wonderland? Hit that comment section and let us know.

Ciao! Suzana here. Journalist by trade and by passion. Wife to a hard core gamer, and owner of the blog Filmsane. I’m a film buff, TV junkie and die-hard Juventus fan. Yes, i’m the son my father never had, and i love it. Nice to meet you. 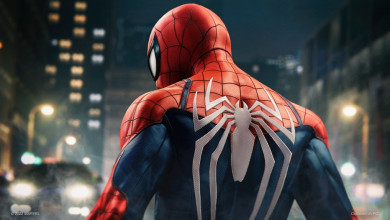 Spider-Man Remastered & Upcoming Spidey Projects You Need To Know About 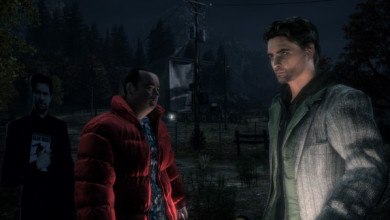 August 13, 2022
Facebook Twitter WhatsApp Telegram
Back to top button
Close
Categories
We use cookies on our website to give you the most relevant experience by remembering your preferences and repeat visits. By clicking “Accept All”, you consent to the use of ALL the cookies. However, you may visit "Cookie Settings" to provide a controlled consent.
Cookie SettingsAccept All
Manage consent